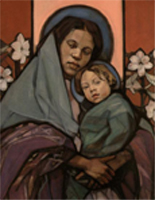 So I struggled along on my own, delving within myself, my own childhood, doing research and trying to control my anger when it threatened to unleash itself on one of my darling baby boys! I found Aletha Solter’s books, ‘The Aware Baby’, ‘Helping Children Flourish’ and ‘Tears and Tantrums’ after the birth of my second son. They became my handbooks and I vowed never to hit my boys again….a hard thing to do in a culture that sanctions physical punishment of children. Not only does Aletha Solter deplore physical punishment, but she also maintains that time-out or any other form of punishment is harmful to children, as well as harmful to the relationship between parent and child. Children are innately programmed to be social, responsive, feeling and expressive. When we interact with babies and children in ways that are not responsive, social and caring, (and that can range on a continuum from severe neglect to physical and emotional abuse), we stimulate the development of asocial or aggressive responses within our children. It is these responses that can hamper relationships in adult years and can lead to interpersonal and social violence such that we read about in our daily newspapers, both locally in South Africa and globally in dramatic international wars.

When her first child was born in 1977 (following a traumatic birth) she herself, did not find any parenting books that advocated attachment-style parenting and non-punitive discipline while taking into account the impact of stress and trauma on children’s development. The first book she wrote, The Aware Baby (first published in 1984, revised in 2001), is the one that she wished she had had as a new mother. Her latest book, Raising Drug Free Kids, has sparked international interest as it touches the root of a problem so close to the quick of many parent’s crisis with their teenage children.

Her goal is to help create a non-violent world in which all children are allowed to attain their full potential. With the tools she describes in her Aware Parenting books and workshops, she is confident that parents can raise their children to be competent, compassionate, non-violent, and drug free. She also recognizes that parenting is an enormously difficult task and that parents deserve acknowledgment, information, and support.

What is Aware Parenting?

Aware Parenting, as defined and explained by Aletha, is a philosophy of child rearing that has the potential to change the world. Based on cutting-edge research and insights in child development, it questions most traditional assumptions about raising children, and proposes a new approach that can profoundly shift a parent’s relationship with his or her child. The three basic assumptions are as follows:

I have copied below four of the ten Aware Parenting Principles from Aletha’s website (www.awareparenting.com) to illustrate a few of her ideals:

Phew – quite a tall order for most parents and certainly the kind of parenting I would like to have received! No doubt that is why I strive to ‘do it better’ than they (our parents) did; yet there is something about this approach that resonates more deeply with me than other approaches have resonated before.

This process of learning and growing with your child does not advocate perfection, but rather a humane and respectful way of relating to another human being. How we get there takes place through a continual series of small practical actions and decisions on how to interact, relate, treat another human being; in short, the way we would like to have been treated. This doesn’t mean it will always be pretty. When a child or parent rages it can be overwhelming. yet parents need to offer an approach where children can express their negative feelings without hurting themselves or others. Helping ourselves as parents to really connect with our children and facilitate this process is precisely what I teach.

10 thoughts on “What is Aware Parenting?”