The New York Times is running a blog debating HOMEBIRTH this week and some really important people like Ina May Gaskin have commented on Lisa Belkin’s blog. It seems there is a battle raging on between an obstetrician and the midwives, and between the hospital versus homebirthing communities. This is an old battle and has been raging ever since the spanish inquisition in the middle ages. Becoming a midwife reminds me that some things in life stay the same, that wherever there are people, there are conflicts and that part of our purpose is to find ways to bring peace to humanity. I think this subject is endless so let me introduce the topic by saying I will write it in installments and this blog will be the first of many. 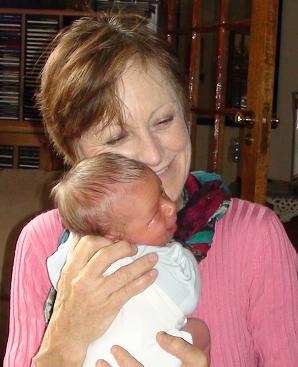 Becoming a Midwife: A Lifelong Journey

I remembered, in the midst of this homebirth discussion, that Homebirth is originally why I became an independent midwife and so I am in the eye of the storm that continues to rage. I was absolutely adamant I would give birth at home, I was healthy, young and confident. I had grown up on the farm and seen animals giving birth. My mother gave birth to me at home on the farm, while all her peers travelled one to two hours to the nearest hospital. Even in those days she was a renegade, and if cows and horses gave birth on the farm why should she behave any differently! My grandmother was born a premature weenie in England, placed in a shoebox  and drop-fed boiled milk. She must also have been a renegade because she survived to lead a very interesting life!

I was trained at the largest hospital in the Western Cape, Tygerberg Hospital, with long grey corridors, shiny floors and seven stories high. The labour ward was massive and grey with flat beds and lots of sterile green drapes. Women were forced to lie down and give birth in stirrups covered in green drapes, which completely obscured their faces from us while we ‘delivered ‘ the babies. Horrified i knew this was ‘never’ going to be my profession, much less give birth in a hospital myself. Giving birth is a human affair, something i wanted to do with the people I loved around me. i wanted to be in my own house, my own bed, my own loo. Privacy and peacefulness meant everything. When i was pregnant with my firstborn I set about finding a midwife who would help me give birth at home. I found a direct-entry lay midwife who had attended over 5000 births in her lifetime in the Cape Town area and had never lost a mother. She made me feel calm and confident that my body would do what it was designed to do.

Caleb made an appearance after a long slow labour and we were tucked up comfortably in our double bed at home. At this point in history, the South African government had just changed the health system and lay midwives were discharged from service and no longer attended home births. Midwife Obstetric Units(MOU) were initiated and the odd private hospital opened to provide services for those folk who had money, funds or medical aid. So women stopped giving birth at home and were encouraged to go to an MOU or a hospital to give birth. At this point, I knew that I wanted to provide a service to women who wanted to give birth at home like I had, and my real training began.

When I met my first client I realised I would learn from these women who wanted gentle births, waterbirths, familybirths, homebirths. Women who deserved to be honoured for their courage and have their rights safeguarded. The first birth was, of course, different to what we had hoped and this story I shall recount next time.

2 thoughts on “Becoming a Midwife”