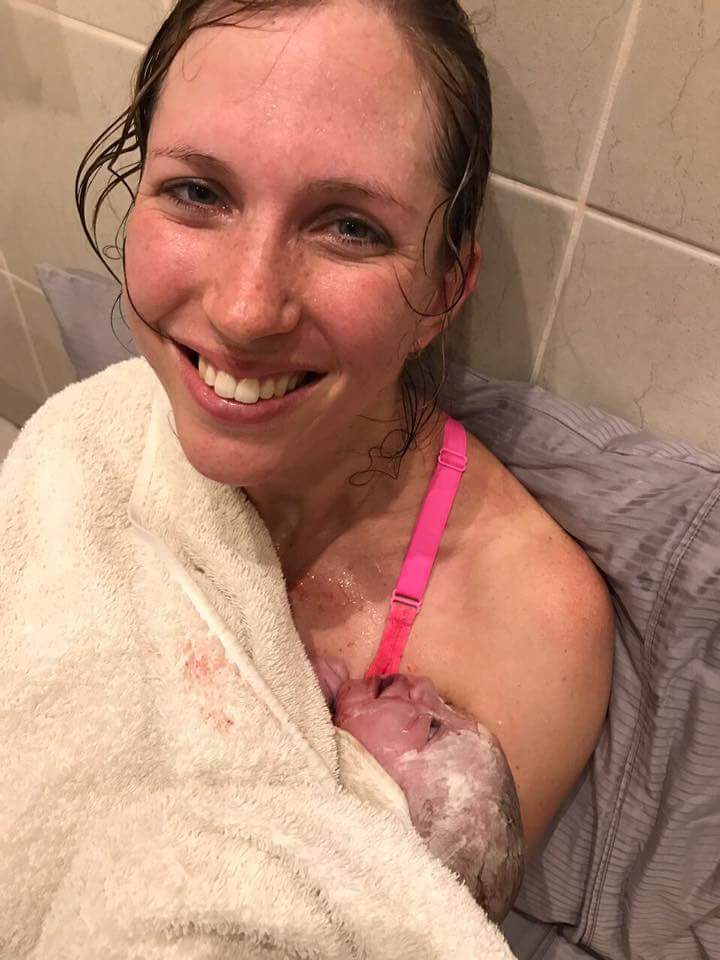 The telephone rings. It is Tess in early labour. The surges seem regular. We arrange that I will drive to her farm. I gather my midwifery toolkit and place them in the boot of my car. It’s a long drive. I arrive at her home and quietly settle in, placing my equipment in an unobtrusive corner of the house so as not to startle Tess or her family. The house is full of people and busyness, and I suggest that Tess and I go for a walk. I observe quietly for some time to assess the rhythm and momentum of her labour. After listening to the baby’s heartbeat, I listen to the mother’s hopes and concerns. Her parents are visiting to ‘look after’ her son. The house is alive with anticipation and expectation, because Tess had a previous caesarian and this time, wishes to give birth naturally.

Contractions seem erratic and I stay the night. Tess, is being ‘watched’ and labour does not seem to progress. I suggest that we all leave Tess to carry on at her own pace. Her father leaves for his home 3 hours drive away. Tess and I agree to meet the following week if labour does not progress. I return home.

This is a very common scenario and the disturbances to women in labor vary. For some women it is the journey to the hospital that slows them down. At home, the labour seems to be sailing along merrily, then as soon as the mother arrives at hospital, the surges slow down or stop completely amid the bright lights and examinations. The mother is directed to a hospital bed and is soon attached to lines and probes, unable to move. For some women, the doctor’s arrival and clinical manner provides the sense of intrusion that stalls all progress. The midwife may have examined and found the mother’s cervix to be at 5cm and the doctor emphatically says not more than 3cms. Is the midwife’s examination faulty or is it just that the mother’s body has closed her cervix and stalled the labour in response to the release of flight or fight hormones?

A mother who has traumatic memories may find that until she has had a chance to release her pain to a listening midwife or doula, the labour is slow. Mothers who have previously been victims or rape and or sexual abuse may not be able to ‘let go’ easily and allow their bodies to open up. ‘Opening the cervix’ is too reminiscent of being forced to ‘open up’ under duress. Warmth, peacefulness and loving the mother, allowing her to take it at her own pace, is the best way to be with her during labour.

A strange person entering the room, too many bright lights, an untimely phone call, a tense husband are all stimuli that may slow a mother down in labour. Often, I have witnessed a speedy birth when the father has left the room in search of coffee or breakfast. The mother is then able to release her sphincters without fear of being embarrassed and the baby is born quickly and efficiently. This implies that the cervix responds to simple flight or fight mechanisms to protect a mother’s privacy. When the stimulus causing fear and tension is removed, the oxytocin and endorphins are once more released and the cervix opens suddenly to release the baby.

Home birth allows a mother to be ‘at home’ and relaxed in her own environment. The bathroom is her own to use, she can walk around as she pleases. To sleep on her own bed with familiar smells and comforts is not frightening. When she is hungry, a mother in labour at home is entitled to eat and drink from her own kitchen. A doula or continuous care midwife may help mother to stay calm.

In rare cases a labour may appear to go backwards when the fit between the mother and baby is in conflict. A baby is sometimes unable change its position, resulting in a poor fit within the birth canal. Occasionally a baby grows too large or gets into a difficult position and is unable to sink into the birth canal. In these instances, labour will often stall, cervical dilation may recede.

We were not sure what was happening in Tess’s case, but trusted her process over a period of 2 weeks, and worked together to create a safe space. This meant changing her doctor at 41 weeks of pregnancy and finding a doctor in another town. It meant moving the birth to a ‘birth home’ provided by a friend. It meant a rebozo treatment to position the baby correctly for birth. When all the factors were ‘right’, Tess finally experienced a very quick labour.

During labour, we were in the bathroom together and I sensed that Tess felt self-conscious with me in the room. I excused myself for a few minutes to give her some privacy, while staying close by outside the room. Once she was alone, Tess could release her inhibitions and bear down, and give birth to her baby.

Tess called me back to the bathroom as the baby emerged and we both reached out our hands to welcome her little baby girl into the world. What a moment of triumph after 2 weeks of waiting and arranging her safe space. Tess tested the process, waiting for her body and mind to be in synchronicity. I provided physical assistance in the form of Rebozo technique, which is a skill that Mexican midwives have used for generations to position babies correctly in the birth canal. Tess gave vaginal birth after caesarian at 42 weeks. Active labour was three hours. Her patience was rewarded and Tess was ecstatic.

It would have been so easy to interfere and diagnose poor labour progress, malposition of the baby, or lack of cervical dilation. Instead we waited patiently while providing a safety net at the same time.

The look on Tess’s face with baby in her arms says it all.