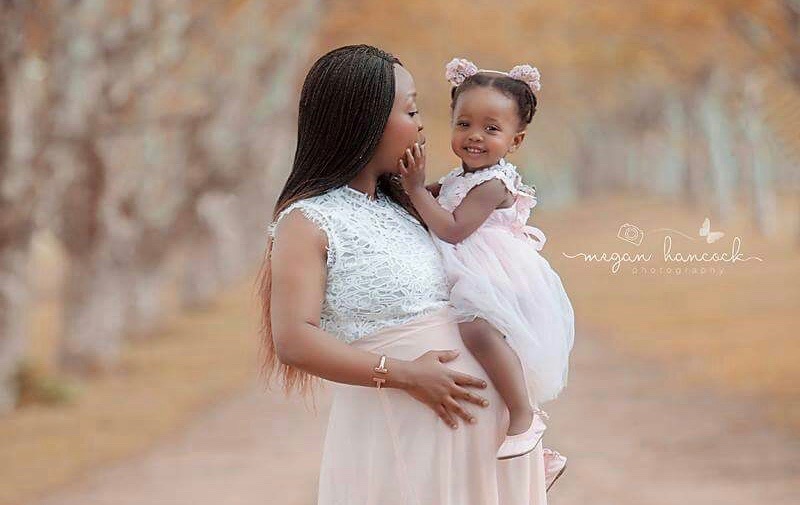 Historically, babies have been viewed as a blank slate in Western philosophy and culture, and it was believed they could only learn what adults taught them once they could speak. In the last 30 years neuro-scientific research has helped us discover that babies are wired to receive and process information from before birth.

Perception, the ability to see, hear, or become aware of something through the senses, starts early in womb life and continues after birth.

Of the 5 universally accepted senses, we know that four of these senses emerge and function in babies during pregnancy. The fifth sense, vision, mainly function after birth, possibly due to the relatively low level of stimulation the receptors in the eyes receive in the womb.

Here are some of the sensory capacities that more recent studies have made us aware of in newborn babies:

The sense of touch is one of the first senses to develop along with the sense of balance. The skin is the largest organ of our bodies. Gentle loving touch on our skin makes us feel good and releases endorphins and other ‘feel good’ hormones. Loving touch does the same for babies and that is why infant massage is so good for mothers and babies. It promotes a sense of well being individually and in the relationship. We, as mothers, are aware of baby’s movements in the womb from about 20 weeks of pregnancy. Similarly, the unborn baby becomes aware of a mother or father’s touch learns to respond by kicking and moving in the womb. Twins will stroke each other in the womb and have also been observed to fight with each other!

From 11-13 weeks the fetus begins to integrate information about his/her position in the womb (proprioception). The definition of proprioception is the unconscious perception of movement and the body in space (and in fluid in the womb). In human babies, these stimuli are detected by nerves within the body itself, as well as by the semicircular canals of the inner ear. Babies do have a sense of orientation both in water and air. A baby born underwater will swim towards the mother, not the birth attendant as he/she is being born, will crawl toward the breast and self latch, will lift his/her head and seek eye contact.

Full term newborns, and even preterm newborns, are able to hold an object in their right or left hand without visual control and sometimes palpate the object. In my personal experience, my unborn baby grabbed my finger while in the womb during a conversation while I was stroking my tummy! Haptic is a word that specifically describes the ability to recognise objects through touch. So not only is touch related to proprioception (our sense of where we are in space), it is also related to our recognition of objects and a baby has the ability to do both these things from birth.

The ability to hear and to discriminate between sounds is fully functional at birth. By 35 weeks of pregnancy, unborn babies can distinguish between different tones, sound pressure levels and sound frequencies. These skills are necessary for being able to perceive and later learn the sounds of speech. Newborn babies can tell the difference between a male voice and a female voice. Speech sounds are well heard in the womb, and the auditory memory is excellent at birth. For example, when presented with their mother’s voice and with a stranger’s voice, newborns show a strong preference for their mother’s voice . They also prefer listening to their “mother tongue” than to languages they are not familiar with.

Many studies have provided evidence that newborns are able to see and distinguish between familiar and unfamiliar patterns . For example, nine minutes after birth, newborns are able to perceive patterns of faces, discriminate between curved and rectangular two dimensional forms, conceive the unity of partially hidden objects, or recognise a difference between 2 black dots and 3 black dots. In my observation of birth, babies prefer semi darkness or muted light after birth. They will then open their eyes and stare into the eyes of their mother when there is no separation after birth. But if the light is too bright after birth, newborn babies will keep their eyes closed. A newborn baby will recognise his mother’s voice and pair this information with the new visual information of her facial features.

In newborns, scents and odours, detected by the sense of smell, are strongly influenced by early exposure in the womb. Chemical molecules in the amniotic fluid soak in continuously through the nose, lips and tongue of the unborn baby. The unborn baby can detect and store unique chemosensory information in the prenatal environment. In fact, at birth, when exposed to tests contrasting the smells of familiar(their Mother’s) or non-familiar amniotic fluids, infants choose the smell of their mother’s amniotic fluid. Newborns are able to recognise the composite chemical fluid information they have learned in the womb.

In 1987 the American Academy of Paediatrics declared that it was unethical to perform surgery on preterm newborn babies. Up until that time, it was believed that babies did not feel pain. Neuroscientific research has since discovered that babies’ nerve pathways are extremely sensitive. This is partly due to nerve pathways being unmyelinated at birth. Myelin is a fatty layer that surrounds, insulates and protects nerve cells and is associated with growth and development throughout childhood. Myelinization is a process that continues until early adulthood.

Rooting, Sucking and Licking abilities at birth are pleasure seeking senses vital to the need for nourishment and befriending behaviours that ensure survival. Both the mouth and the nipple are erogenous zones and breastfeeding is designed to be pleasurable for both mother and baby. This does not preclude sore nipples, but usually sore and cracked nipples is a temporary state. A baby will seek and maintain eye contact with the mother while nursing at the breast. The baby’s hands and fingers will touch the nipple and the breast prior to feeding in order to find the nipple. The sense of smell is also involved during feeding. Touch and holding occurs during breastfeeding and all the senses integrate during the intimate social interaction that occurs at mealtimes! Attachment and bonding are heightened and the baby feels safe, which provides the matrix for learning and sensory integration and for future development.

One of the reasons babies cry at or just after birth is due to the change in temperature from being inside the mother to being outside the womb. Often birthing rooms are colder than body temperature and it is important to keep newborn babies warm. It is also important not to overheat them. The best way to keep babies comfortable after birth is to dry the baby, then place baby skin to skin on the mother or the father’s chest and cover both mother and baby with warm towels and/or blankets. Babies are prone to getting cold after birth and the only way they can communicate with us is to cry. Keeping them skin to skin helps them to regulate their body temperature. The mother/father will automatically raise their body temperature in order to warm the baby. And if the baby is too warm, the mother/father’s body temperature will drop so that the baby cools down a little.

Hunger and thirst are on the sensory spectrum as babies show specific cue behaviour when hungry and or thirsty. Signs of restlessness, including little sounds or squeals, movement of the legs and arms and body wriggling, seeking eye contact, are all signs that a newborn baby may be hungry. Crying is a late call for hunger to be sated. How the mother relates to food and nourishment will guide how the baby responds to feeding and may have an effect on the baby’s hunger cues. Breast milk is digested quickly and each baby’s needs are unique. Some babies can tolerate big feeds and long gaps in between feeds, other babies may need to feed on the hour with smaller gaps between feeds.

Finally, the next two senses I want to talk about are the ‘psychic’ sense and ‘transcendent’ sensing. In the last thirty years, more and more people are remembering their births during hypnotherapy and psychotherapy.

Dr William Emerson, Dr Ray Castellini, Dr Frank Lake, Dr Arthur Janov, Dr David Chamberlain are all psychotherapists whose patients regressed to their birth experiences in therapy. Experiences in early life may have a lager impact that we thought on future development. While some of this research may not be hard science, it does ask questions about the nature of memory and how early life experiences may affect our babies and children and how they grow. It is possible that unborn babies are aware on a cellular and primal level of how we feel towards them for instance.

Of the clients who undergo regression therapy, many clients describe how they were treated and their experiences during and after birth, how their parents felt towards them and other details that can be verified by parents and medical attendants. Some people describe leaving their bodies and looking down at their bodies from above while the medical team works with their bodies. These cases may seem inexplicable and yet illustrate an experience of transcendence that is possible, even for newborn babies. All sensory information is stored in the body and the brain and must inform our experience of who we are and how we feel about ourselves.

I have listed and described twelve senses altogether. No doubt in time we will discover more about our babies, ourselves and the human potential. Certainly the capabilities of newborn babies are beyond what we previously understood.