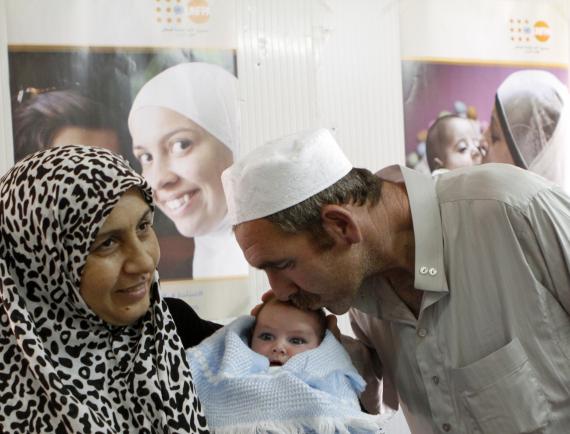 In the wake of multiple acts of violence this year in Kenya, Nigeria, Beirut, and most recently Paris,I am overwhelmed with grief for all those who have lost their lives in these massacres. Yet I feel compelled to look into the deeper origins of the violence, as it is too easy to assign blame and find reasons to retaliate and thus perpetuate the violence.

In other words, unless we look at the root causes, wars will continue unabated. What does this have to do with mothers, babies?

War destabilizes communities, starves mothers and children. When mothers starve during pregnancy, their babies are under nourished. This affects the developing brain and imprints violence and deprivation into the neural architecture. When local life-styles are disturbed, mother and children are put under enormous stress which serves to destabilize the close relationship a baby and child needs for healthy growth. When women live in poverty or war conditions, babies and children are neglected. Children who begin their lives under such circumstances accumulate suppressed rage as a result of their inner feelings of helplessness and weakness. This inner emotional force can then be acted out in adulthood on others and manifest in violent ways, especially if there is a peer group with similar experiences.

Professor Alan Schore reminds us extensively through his research that when a baby is mothered and protected and cared for, his/her thinking capacities are able to develop in a healthy loving context (Schore, 1994). A baby boy and young child who is nourished and protected by his mother and strongly attached to his mother and father, is able to grow into a man with self respect. The trauma experienced by babies and young children when they are abandoned and neglected, separated and ignored is embedded in their minds and bodies, and is reactivated later in adulthood when men are under pressure to act or feel helpless. When fathers/ grown men are starving, are stripped of their dignity, or have no work, they are unable to protect and care for their families and they feel deep shame and self hatred. This can lead to more violence against women and children.

Lets just take a look at some demographic figures in the countries mentioned.

In Nigeria, 3000 mothers, newborn babies and young children die every day. Only 30% of mothers are attended by a skilled birth attendant, more than a third of maternal and newborn deaths are attributed to under-nutrition. Be reminded that Nigeria only regained independence in 1960, was colonized by the British Empire and forced to participate in the slave trade. Extractive (Mining) industries were imposed and made the British Empire rich. Despite this wealth, money was not re-invested in health systems and health education and services for women and children to the degree it was needed.

In Syria, approximately 250,000 women will become pregnant in refugee camps, where they live on rations and resources are limited. Access to safe obstetric services is limited, contraceptive pills are unavailable, the healthcare system has broken down and medical personnel have fled the country. Newborn babies are often given the names of relatives who have died in the conflict. Having said this humanitarian efforts are being made to alleviate the suffering.

While in Kenya the maternity care system struggles to provide services to the vast numbers of people living in rural areas, the recent attacks on students in Garissa were perpetrated by militants from the Somalian Al Shabaab extremist group. There are over a million displaced people in Somalia, it has the second highest maternal mortality rate in the world and the fourth highest rate of child mortality. Somalia has been beset by drought and lack of resources since 2000 and this is also tied in with climate change, increasing the tension between warring clans over land and resources.

Of the Lebanese population of 4,5 million, a whopping 1 million people are Syrian refugees. The healthy systems are struggling to accommodate the care of pregnant women and children. While Isis militants are claiming responsibility for the bombing, no-one really knows who is responsible or why the bombings took place. But this we know, some of the suicide bombers are children/teenagers who are completely disenfranchised, who have survived horrors beyond our comprehension in their countries of origin. Trauma imprinted in their emotions, their minds and bodies becomes impossible to heal and suicide is a way to be released from their own suffering.

Climate change has created some of this human displacement and horror. Industrial production of weapons perpetuates war and suffering, extraction activities (mining), air pollution, water pollution, desertification all create more suffering and poverty everywhere on earth. We are all responsible.

What can we do to prevent violence and wars in the future? Well first of all we need to tend our own gardens and see our own faults and heal ourselves, so that we can shine our light in our corner. Outreach activities where we are can touch the mothers in our and other communities.

Jenni Laiti has so eloquently stated:
“There is no change without protest. The only way to change things is to resist, react, protect, mobilize and challenge” and “I campaign for generations to come, I am striving for Mother Earth, our mother and all mothers everywhere. We all have the right to exist, to flourish to be protected, to love and be loved”.