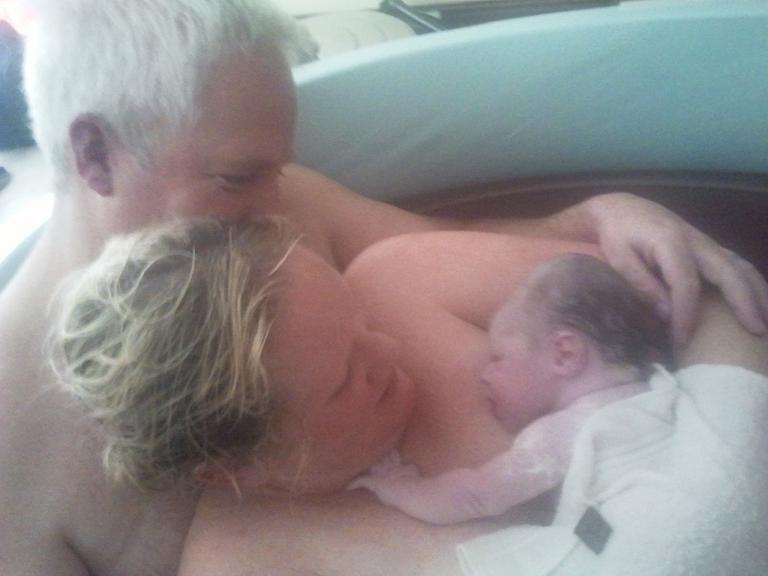 “Who decides how a baby is born? Who chooses where a birth takes place? Who bears the ultimate responsibility for a birth and its outcome? What are the legal rights of birthing women? What are the responsibilities of doctors, midwives and other caregivers in childbirth? What are the rights and interests of the unborn, and how are they protected?” This excerpt from the Human Rights in Childbirth Conference highlights some of the questions women and others are asking about global birthing practices at the present time in history.

Women are increasingly choosing to stay at home to give birth, because they feel more safe at home and less safe in a hospital. One such mother was Lisa Campbell who realized during her pregnancy that her freedoms would be curtailed were she to continue with her plan to give birth in a hospital with an obstetrician in attendance. Lisa hired a bath, a private midwife, a doula and had a waterbirth in the safety of her own home. Her baby was not taken away from her and she was able to breastfeed in her own bed soon after the birth. The midwife brought several bags of medical equipment and a hospital was on standby just in case. What are some of the reasons a woman will elect to stay out of a hospital environment to give birth?

A client of mine recently burst into tears when the hospital brochure she was reading outlined the protocols: She learnt that if she needed a caesarian section her baby would be taken away and placed in an incubator in the nursery for at least an hour or until the mother was out of the recovery room. She felt that her right to have her baby with her immediately after birth was being denied and has decided to change her hospital to one where this right is upheld. More and more women are doing their own research and empowering themselves with knowledge about physiological birth and the conditions required to achieve a natural birth without medical interventions, unnecessary coercion or the impatience of medical staff.

The Effects of Obstetric Intervention

The long term impacts of obstetric interventions in childbirth have not been studied extensively mainly because obstetric or medical interventions are a relatively new phenomenon and hold dominant sway in economically advantaged countries. Despite this lack of knowledge the evidence we have suggests several outcomes:

Sometimes interventions are helpful, even life-saving. The issue here is that when interventions are deemed necessary, mothers deserve to be respected and treated as equal decision makers in their process of birth. A few days ago I became involved in a case where a woman (lets call her Lucy) was adamant she did NOT wish to be on the hospital bed, and preferred to birth on the floor. At least six staff members were standing around her, ordering her to get back on the bed and allow the doctor to assist her. The doctor was loudly admonishing her to “PUSH” during her contractions. Lucy was behaving like a frightened caged animal, would not allow anyone to touch her and could no less push the baby out than escape her situation. I offered to exchange my assistance with the doctor for her help later on.

I touched Lucy on her arm and held her hand, looked deep into her eyes and conveyed confidence, peace and calm. The baby’s heartbeat was dropping and there had been a need for an expedient delivery for some time. The mother was on a mattress on the hospital floor. The doctor agreed that if I held Lucy from behind, she would get on her knees and assist the birth using a KIWI (a small device that when attached to the baby’s head helps the mothers efforts to bring the baby down and out through the birth passage). Lucy rested back on me and pushed strongly while the doctor assisted the birth. Within a few minutes the baby was born and resuscitated, recovering quickly and I left a relieved team of staff with Lucy holding a hungry baby in her arms.

What this incident illustrates is not that intervention was not needed – it was. The manner in which it was demanded is in question. Did the baby have the human right to be assisted at the expense of the mother? And whose decision is it to make that call? Is it the right of the medical staff to make a decision that overrides a mother’s choice? This mother so obviously wanted to birth her baby in the best possible way and was following the needs of her body to be upright, to move around, to be closer to the earth in order to do so. Is it not in the best interests of the baby to absolutely support a mother’s physiological process and bend the medical rules in order to expedite a safe birth?

Nastassja, a client who recently gave birth, needed to transfer to the hospital for a minor intervention. The arrangement with this hospital is a collaborative one between private midwife and the doctors and staff. Labour had stalled, membranes had been ruptured for more than 24 hours and despite our calm holding and encouragement, active labour would not resume. Augmentation with small doses of syntocinon helped to move the process on and within a few hours the baby was born! Nastassja’s husband remained with her, she was allowed to choose her position during labour and birth and was supported her attendants. Obstetric intervention was kept to a minimum. Nastassja had been absolutely determined not to be pushed into a caesarian she did not want. Her human right to give birth in the way she chose was upheld (with a little bit of help from her friends) and Nastassja, Darryl and newborn Lexi were treated with the utmost respect and understanding.

It seems important at such a vulnerable time that caregiver ethics are exemplary as respect and affection are passed on through the generations to come.