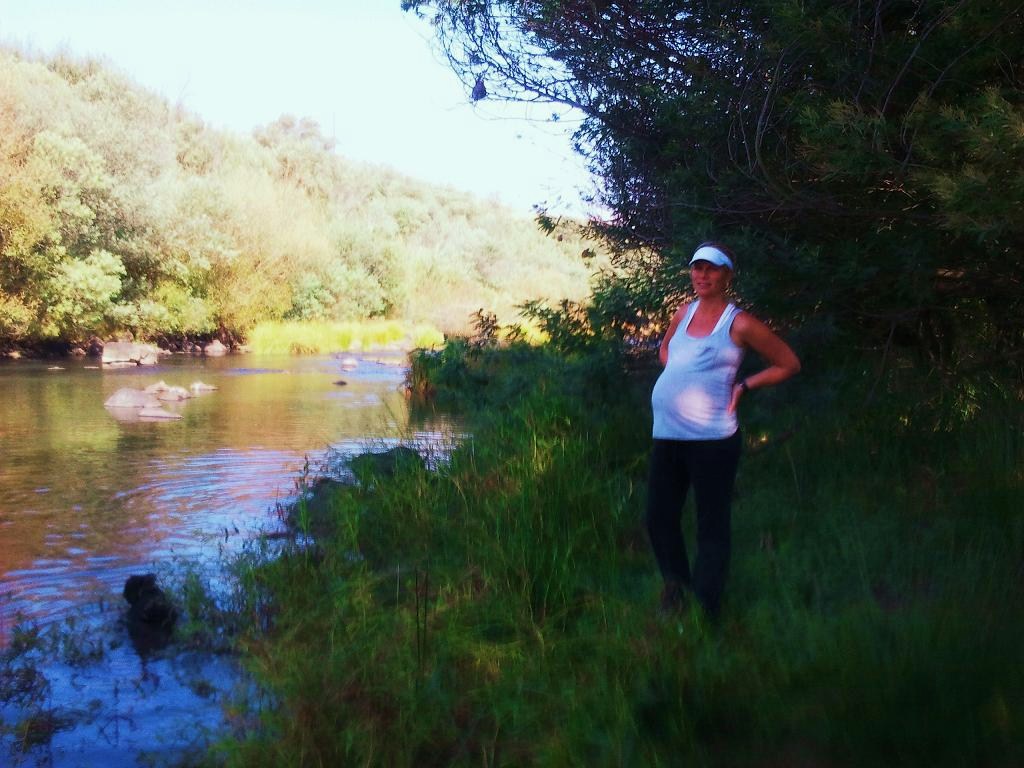 If all the potential side effects of epidurals and labour pain relief drugs were properly explained and understood, woman may think twice before demanding pain relief during labour. Paula Walker was just such a woman and consulted with me for pre-conception and infertility on year ago. We were overjoyed

when she conceived and Paula delighted in informing herself about pregnancy and birth as we got to know each other over the months. Paula and Ryan, her husband, live on a farm in Mooi River and I felt honoured to be a part of their journey of discovery. But let’s focus a little on the subject of drugs during labour for pain relief. Eugene Marais, a genius, South African scientist, poet and thinker of the last century, studied animal behaviour and observed that when a female buck was given ether or chloroform during labour, the mother buck rejected her offspring after birth.

Eugene Marais studied and compared the behaviour of different species of animals and drew a conclusion: the more vulnerable and dependant the newborn is on maternal care and attention, the greater the experience of pain during labour. In other words, the pain of labour serves a purpose and that is to increase the bonding and attachment between the mother and baby so as to ensure the baby is cared for. The higher the primate, the more dependent the newborn, the greater the pain experienced during birth.

While pain relief medication may be effective in reducing sensations of pain during labour ,we are no further, a century later, in assessing the long term impacts of pain medication in labour on the relationship between mother and baby and the baby’s future development. Epidurals given during labour are known to increase the risk of dystocia and surgical delivery, increase the risk of maternal fever and fetal distress, interfere with the output of plasma oxytocin release during labour, as well as cortisol release.In other words, pain relief medication taken during labour interferes with the neuroendocrine system of the both mother and baby.

The industrialization of childbirth alludes to industrialization and consumer society in general: no-one ever imagined two hundred years ago that the very goods and materials produced would lead to global warming on such a magnified scale and our own self destruction in a highly polluted and toxic world with no clean drinking water, polluted city air and multiple teratogens in the environment. We may as well have signed our death warrant.

When we interfere with the neurochemistry of labour, birth and maternal/neonatal behaviour, we are messing with our future and the capacity we have to produce and regulate the neurochemistry of love hormones in our bodies. We do not as yet know what the effects of pain relief medication will be because no-one has completed any prospective studies of long-term impacts. Paula was adamant that her birth would NOT fall into the industrial category and set about early in the pregnancy to reduce her exposure to toxins, follow a diet rich in organic and fresh fruit and vegetables, exercise regularly and work on herself mentally and emotionally. This was a painful process as Paula lost her mother to cancer 5 years ago.

We know that Morphine and Pethidine administered during labour are associated with drug addiction in later adult life. Paula, on the other hand, did pregnancy yogawhich is associated with reduced sensation of pain in labour. She was supremely fit and healthy and trusted that her body and mind would achieve the strenuous goal of a natural birth. She chose to have a homebirth with her doula and her midwife in attendance. Medical intervention with access to technology when needed is a boon. This fact is not debated here. With back-up in place, when a mother is healthy and loved, she is capable of safely giving birth without intervention. Paula had instructed her husband Ryan, that even if she cried for pain relief during labour, he was to take no notice as she intrinsically felt her baby should arrive ‘drug-free’.

Paula and I spent the day of her labour together, only she felt no pain during the 3km morning walk and 5km afternoon walk. It was only after the second walk (and emptying her bowels) that she felt some pain. I encouraged her to get into a warm bath, and very quickly the labour escalated into what appeared to be transition. A woman reaches transition at approximately 7-10cm cervical dilation, before the pushing stage. She often behaves unreasonably and may swear, cry, shout, be silent, or demand relief. This occurs when adrenalin starts to be released in preparation for the foetus ejection reflex. It is also when labour sensations are at their most intense and the mother is tired. Encouragement was imperative as we bundled Paula into the car for the journey to Ginny’s home for the birth, an hour’s drive away.

Ryan calmly took the wheel while I acted as Paula’s holding post. Paula knelt on all fours as we made a semi-naked duo on the back seat. I massaged her back while Ryan kept an eye on the road. Things reached a crescendo when Paula made a low grunt as her body began to bear down for the pushing stage of labour. I encouraged her to breathe out in long soft wooshes and whispered loving lines into her ears. None too soon we arrived at Ginny’s Hilton Birth Home and Paula climbed into the bath tub. Thirty minutes later Molly Joy was born without drugs into Paula and Ryan’s loving arms.

Molly was alert and engaged in a mutual gaze within minutes of birth. She latched onto the breast without fuss and bonded with her dad Ryan, learning very soon that he did not possess a supply of milk! Paula felt exhilarated, a feeling she would need to give her confidence in the days to come. She was able to handle her baby with ease and could walk to the toilet soon after birth. Paula was infused with high levels of plasma endorphins and oxytocin, the natural love hormones that make us feel ecstatic and strongly attached to our babies after birth.

Molly Joy was high on the same heady cocktail of natural love hormones, and responded well to her mum and dad’s voices and faces. This imprinting will stand her in good stead as she faces the trials and successes of her future life. This experience can only benefit the long term culture of love within this family. What the long term effects of unnecessary intervention will be on human social culture is a question for another day!

7 thoughts on “Pain Relief in Labour and Paula Walker”