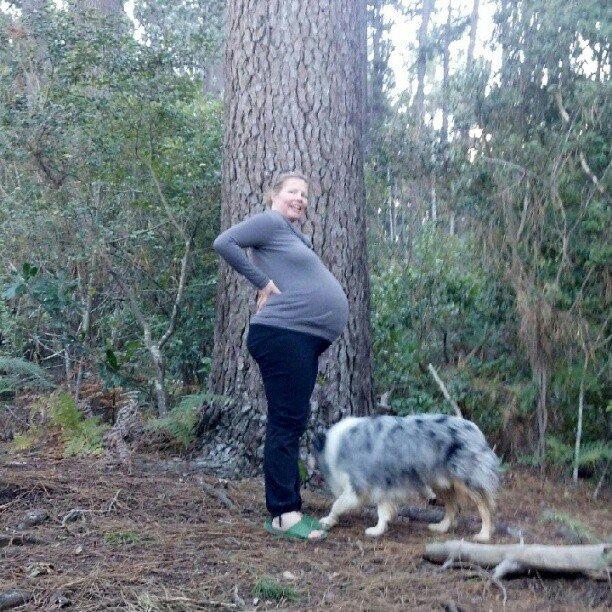 Carol’s story illustrates how collaborative care between midwife and obstetrician afford the mother and baby the best of both worlds: midwifery and obstetrics. Carol, pregnant with her second child, was determined to have a homebirth,

despite the fact that she had undergone a caesarian section with her first baby for slow progress in labour. The experience had left her feeling the need, deep in her core, to exert autonomy over the second pregnancy and birth.

The important people, in all our discussions and politics around midwifery versus medicine, are the mother and the baby and their state of wellbeing. While midwifery is an ancient profession there is no doubt that it has changed for the better as scientific discoveries have led to better medicine and specific management of pregnancy and birth complications. Even in the last thirty years, great strides have been made in the knowledge of diseases such as Gestational Proteinuric Hypertension (GPH) and Rhesus incompatabilities. For instance, regular prenatal checkups became mandatory as a result of the improvement in outcomes for mothers with GPH when they were checked regularly during pregnancy. And hence one of the reasons why collaboration between medicine and midwifery is more important than ever.

Medicine offers scientific laboratory evaluations of blood and other cells/organisms, drugs and management of diseases of pregnancy in a specifically allocated setting, and surgery if the need should arise during pregnancy or labour. Medical doctors, after a long training of 13 years, become skilled obstetric physicians and surgeons with steady heads and hands in critical care. I personally have felt immense gratitude for these attributes when intervention has become necessary during pregnancy and childbirth.

An experienced midwife, on the other hand, offers deep insight into the primal needs of a woman in labour, namely, safety, a calm relaxed environment, dim light, silence and peacefulness, patience, comfort, freedom to move around, warmth and access to refreshment. One-on-one personal care, astute clinical observation, calm gentle encouragement and the ability to refrain from thinking that she ‘delivered’ the baby (the mother gives birth!) are a midwife’s best attributes. This is what Carol wanted to experience with her second birth.

The best possible maternity care offers women choices, protects their human rights and combines the competencies of both the medical world and the midwifery world: woman-centred care with collaboration between doctor and midwife. I am privileged, as a community midwife, to work with some of the world’s best people and facilities at Mowbray Maternity Hospital. The hospital sports a separate Active Birth Unit which may be utilized by the independent midwives, and while it is a midwifery led unit, the obstetric facility is situated alongside should there be a need for transfer. Professor Sue Fawcus is the head of the Mowbray Maternity Hospital and Active Birth Unit and has a team of qualified doctors working with her.

Carol attended antenatal visits with me and was also seen by Professor Fawcus. Carol insisted that she would not labour in hospital but would remain at home with her midwife, and while she was advised to labour in hospital, medical care would not be refused if the need arose for transfer. Carol laboured beautifully at home with the support of her husband Bradley, and I kept a low profile during clinical observations. I did however stay in touch with Professor Fawcus during the course of the labour and when it became apparent that progress had slowed and the baby was tiring, Carol agreed to transfer to the hospital. The staff were awaiting our arrival and were professional, competent and prompt.

Baby Theodore was born by caesarian section and given to the mother for skin to skin contact after the birth. Father Bradley was present and attentive when baby Theodore showed signs of distress and accompanied him to the nursery. Carol, though sore, insisted that she be reunited via wheelchair with her baby and the staff went out of their way to facilitate mother-baby-friendly initiatives.

I visited Carol and Theodore in hospital and when they were discharged home, made a few house calls! While the birth did not proceed as planned, Carol and Theodor were cared for collaboratively and safely, certainly the best of both worlds. Carol had felt what it was like to experience spontaneous labour in her own home, she was infused with the cascade of labour hormones that helped initiate bonding with her baby and recovery and she was well informed and supported in her choices throughout the process.

2 thoughts on “The Best of Both Worlds: Medicine and Midwifery”