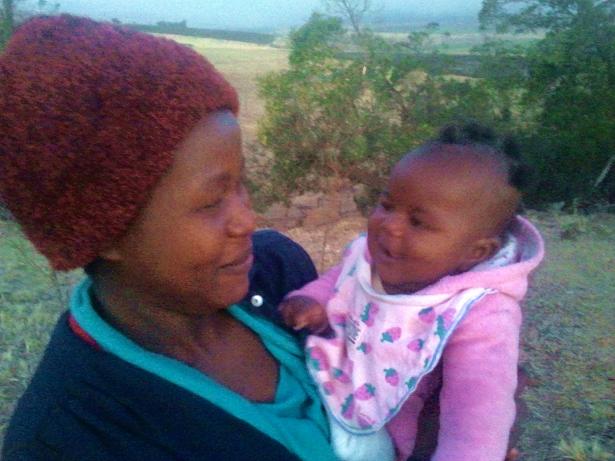 Bowlby’s landmark hypothesis that attachment to a loving caregiver is the core element in optimal development from infancy to adulthood, was a great step in our understanding of babies and children. The questions he raised about the importance of relationships for the growth of a baby’s brain preceded  advances in neurobiological research over the last thirty years. New research is even more startling in its scope:

The basis of all human learning and experience occurs through our feelings and emotions in an emotional substrate  of the brain structure. There are several neurobiologists and psychiatrists leading the way.  Dr Allan N. Schore‘s  extensive research and hypothesis revises Bowlby’s attachment theory, and proposes that specific receptors in the right brain of the baby respond to right brain body movements and interactions of the mother, such as facial expressions.

More specifically, states Schore, the mutual gaze stimulates the opiate systems (pleasure) and the dopamine system (rewards), helping the relationship to be mutually gratifying, therefore setting the conditions for increasing neural connections in the baby’s brain. When a mother’s facial expression is warm and familiar and the tone of her voice soothing, the baby is assisted in regulating his own vagal nerve functions, thus laying the foundations for rich neural growth and development.

Learning through the Social Lens

A baby growing into a toddler first interacts with the world through the emotional responses of the caregiver/parent. The response of a parent to a baby helps create  the world as a safe place (kind facial responses from parents) or an unsafe place (sad or angry facial responses). The baby then assimilates information and begins to strategize i.e. should he engage further or withdraw from further exploration.

It appears that emotional experiences in relation to significant others lays the foundations for all future thinking capacities, eye-hand co-ordination, verbal and language skills and motor co-ordination.

This is certainly the opinion of the late Dr Stanley Greenspan, an eminent Professor of Psychiatry and Paediatrics at George Washington University, who developed his theory to assist children with autistic spectrum disorders. He discovered that to assist these children, some of them with marked limitations in development, he had to mobilize their emotions to help them learn. He did this by working closely with the parents and setting up programmes for intense emotional interactions and play-time between parents and their children. He called it “Floor Time”.

1. Calm and Curious
Neural connections join up in parts of the brain that process sensory information and interest in the world. Parents help to soothe the baby by holding, carrying, touching in a warm calm manner so that he can become receptive and begin to absorb information about his surroundings. Sing and talk to your baby.

2. Falling in Love
Neural connections that promote recognition of patterns and emotional signals are formed in this stage. Wooing baby with smiles and cuddles with pleasure and delight will assist baby at this stage, while reflecting and recognizing his calls when he cries will let him know he is understood. Talk to your baby as you show him around the world in your arms.

4. Two Way Street Communication and Problem Solving
The cortex of the brain is developing more in this stage and words and sounds are beginning to have meaning. Become interactive with your baby and toddler as you meet his needs and help him pursue his interests (unpacking and packing cupboards, making music, sand play).

5. Creating Ideas
The left brain (intellect, cognition) develops as comprehension increases. Pretend play around the age of two, begins as language is acquired and expressd. Enter the child’s make- believe world and play as a participant in his dramas. Engage in long conversations about his feelings, ideas and thoughts and really listen intently.

6. Building Bridges between Ideas
As language skills increase, a growth spurt occurs in the brain and activity levels rise (as every tired parent knows). Challenge and encourage the child to connect his ideas together by involving him in your life and being involved in his, asking his opinion, enjoying debates. Encourage negotiation when he wants things.

The degree to which we can help children flourish depends on the parents. A sad, depressed impoverished parent may not have the resources to interact with a baby or child in an emotionally supportive way that supports development and learning. Parents who are depressed or angry need assistance and need to know that help is available. For those of us who are privileged, reaching out to families less privileged than ourselves may change the course of a child’s life and make a real difference to the parents. The quality of our attachment and care-giving affects our children in ways that will be with them for life.

2 thoughts on “Bowlby and Beyond: How Emotions Shape Your Baby’s Brain”