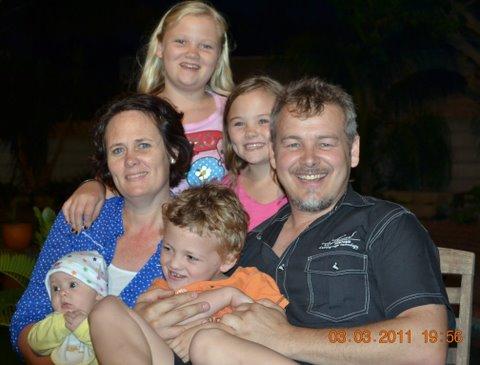 No matter whether a baby is born by caesarian section or natural birth, the birth of a baby is still an amazing spiritual event.

The demand in my practice for Vaginal Births After Caesarian (VBAC’s) gave me the impetus to do some voluntary research into the subject of VBAC’s, given the possible risk to the mother of uterine rupture and demise of the baby. While it appears that the risk of uterine rupture is between 0.4-0.7 percent when a client has had one caesarean section, many of the studies do not control for the use of oxytocin and or induction of labour with prostaglandins. In other words, many women who try for a VBAC are given synthetic drugs during labour, which increases the intensity of the contractions, thus increasing the risk of rupture of the old scar in the uterine muscle.

While the actual risk of rupture is low, if the uterus does rupture, it could be a catastrophic event. Many women are prepared to face and bear this risk in their desire for a natural birth.

The success of a woman’s trial of labour for a VBAC depends on the reason for the original caesarian section. While the numbers of women included in studies with three previous caesareans are low, a study from 2002 showed there is no further increased risk after whether a person has two or more previous caesarian sections, as per the following statistics:

Clients who approach me for VBAC are screened carefully for medical history, e.g. risk for gestational diabetes and they are vociferously counselled with regard to taking responsibility for their dietary habits and exercise (lifestyle) and their choice to attempt a trial of labour. I clarify the risks of attempting a VBAC such as uterine rupture and the possible mortality and morbidity surrounding such an event. Clients are informed that with regard to delivery in a hospital labour ward with easy access to a theatre, and the possible delay in access to theatre facilities if medical staff should not immediately be available. Vbac clients are advised that fetal heart monitoring is a prerequisite of a trial of labour and that that an IV line will be inserted. This does not mean that a VBAC mom in labour has to be strapped and lying down on her back. She may be upright and mobile and still be monitored. Sometimes, a unrinary catheter may  be helpful. Ultimately a woman is still entitled to choose where she will give birth and who will attend to her. A woman is entitled to decline any intervention and give her body the full opportunity to exercise it’s innate knowledge for labour and birth. A woman needs to be a 200% committed to her choice of a trial of labour and vaginal birth.

By the time clients seek out my care they have invariably seen You-tube footage of VBAC3 or other VBAC births at home, VBAC waterbirths and / or spoken to other women who have experienced successful VBACs. They also feel intrinsically that they are capable of giving birth without harm to themselves or their babies and are extremely happy when their efforts are successful and disappointed though resigned when they need intervention.

Tanya approached me last year for a vaginal birth after 3 caesarians (VBAC3), after she had weighed the risks versus the benfits of a repeat caesarian section. She gave birth to her fourth baby vaginally after an active labour of approximately six hours with no complications, behaving similarly to a woman giving birth for the first time. The benefits were that she was able to hold her baby immediately after the birth with her husband present, cord clamping was delayed, and the baby rooted, latched and suckled within half an hour. These parents were ecstatic! The mother was able to walk to the toilet within an hour after birth, we ate and drank in celebration together and she handled her baby with ease and relative comfort when breastfeeding. The downside was that her baby developed respiratory distress due to meconium present in the amniotic fluid, which was undetected prior to the birth and spent a few days in the NICU requiring medical assistance.

What this case highlights is that firstly, a midwife always needs to expect the unexpected and prepare for an emergency situation, especially with regard to a VBAC. Secondly, this event shows that Tanya’s first three caesarian sections were performed unnecessarily by her obstetrician(s).

When I asked her why it took so long to question her choices, she said she was young and did not understand all the implications of having a caesarian until after the operation. And it took her three pregnancies to understand the politics of childbirth and seek for the care that would respect her wishes. During her previous pregnancies, the obstetrician persuaded her that she and her baby were in ‘danger’ during labour (and there was no sign of fetal distress that she was aware of), perform the caesarian section and ‘save their lives’, then leave. Thereafter she started the long slow process of recovery from major abdominal surgery, bruised and in pain for weeks. Holding the baby after birth became more difficult after each successive caesarian section, she needed help for months and felt cheated and deceived. Not to mention the huge sums of money that were paid for each successive caesarian to the private hospital and the obstetrician involved.

The birth of a baby is always a spiritual event, whether a mother gives birth vaginally or by caesarian section. Birth is not a competition. All women who give birth, whether by caesarian section or natural birth deserve our respect and love. Carrying a baby during pregnancy and giving birth are acts of sacrificial love.  Women seek to give birth naturally because they feel connected to a the primal force of creation within themselves and want to follow their intuition and inner knowing. Women have rights, and one of those rights is the right to choose a VBAC.

For more facts on VBAC see on the LINKS page: