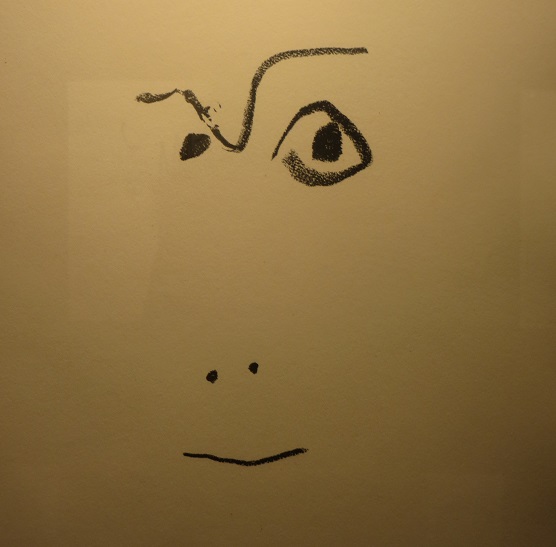 The fact that I have a white skin with freckles is irrelevant. Underneath my skin, my blood is red and I am black despite the fact that I speak English and only one African language.

But to most people in Africa my white skin means I am different. I have had inadvertent access to resources that others have not. I have had an education, I have status, I have a culture that aligns itself automatically with white supremacy, I have a car, a home, my children have all finished school and been helped to achieve an education. I can travel to other continents with relative ease. I am a white skinned midwife in a black skinned continent.

Today, on a Sunday, I had an appointment with a (black) midwife in one of our local hospitals in Cape Town. I kept the appointment despite the fact that my car is out of action and being repaired. I asked my son to fetch me and drop me at the venue. The black midwife and I had a great time talking about our common passion: midwifery. We railed against those who don’t understand our passion, we were animated about the knowledge and experience we share, the women we serve and the midwives with whom we stand together. I felt at one with all black and coloured midwives and all the black and coloured women we serve. But I am still white.

You see, the issue of colour and supremacy and dominance runs deep and I cannot think that with all my white knowledge and white ideas and white experience that I have something to offer my country. Rather, I have something to learn from people who have suffered at the hands of the controlling white hegemony during the imperialistic and Apartheid period. People who were treated for years as if they were less than worthy, were barred from equal rights, sometimes from any rights at all. While white women were treated well in first class hospitals, black women had access to the local clinics, the black side of the hospital, the crammed-to-full capacity labour ward. White midwifery students were allowed to train on the black side, but black midwifery students were not allowed the same opportunity to train with white women. As a young white woman I was horrified at how white medical students would force black women to lie on their backs when their natural posture is to squat for the urge to bear down and give birth. In those days, we only trained white medical students! Black people had to fight for the right to train as doctors.

I love this black midwife friend of mine. I love her passion, the way she connects with her people, the compelling enthusiasm she has for her career as a midwife and I will fight for her recognition as a woman of knowledge and experience. She did not learn it from me. She learnt from her own experience as a midwife, that mothers need a tremendous amount of support on their journey to become mothers. She knows about spontaneous bearing down and how a mother should ‘feel’ the urge to push. She knows how to give words of encouragement during labour and birth in her culture. She did not learn this from white midwives, but from black mothers. She has taught countless midwifery students and medical students about pregnancy and birth, attended twin births, breech births, caesarians, natural births, complicated births over 26 years, every working day of her life. She has caught thousands of babies.

So back to my privilege and my humility: on the way home, I had to catch two minibus taxis crammed with coloured and black people. In one of the taxis I sat next to a mother with two small children, Fadia. We started a conversation and she told me she was travelling from the opposite side of Cape Town to go and drop her daughter off with her aunt so that her daughter, Fazulia, could attend school. Fadia was recently separated from their father and struggling to make ends meet. I played with her little boy and his blue Fez. We laughed. Fadia then pulled out Fazulia’s school report from her bag to show me how clever she is and how well she is doing. I inspected the list of meritorious comments and noted how well she had done in numbers. Fazulia smiled shyly and said she wanted to be a doctor when she grew up. I smiled in return and said that was a wonderful idea. Fadia works as a chef, struggles to make ends meet, travels great distances just to care for the basic needs of her children. I caught the ‘very-full-of-black-people-train’ for the last leg of my journey home. Once again, my privilege was shown in stark relief, like a Kentridge mural, black on white.

Great changes are made from small beginnings, from midwives who fell into their vocation by accident, from people on the ground who fight for what is right, from 6 year old children who want to be doctors one day and whose mothers struggle and strive to enlighten their future. Big changes can come from intimate connections, from warm moments shared with a black midwife, at the new mother’s side, on a taxi, in a train.

Today I witnessed the underbelly of Cape Town: midwives caring for women in labour, hundreds of black and coloured people travelling on taxis and trains doing what people do on a Sunday afternoon, giving birth, taking their children to school, coming home from work, visiting family, going to the beach to sell chips and sweets. Not driving in their own cars, not entertaining in large gardens, or checking in to country clubs, checking the security fences or worrying about their wardrobes.

Privilege is insidious. Real change happens from the ground up, the way plants grow from the darker soil to the lighter sky. And it takes time. Slow time. Like birth really.