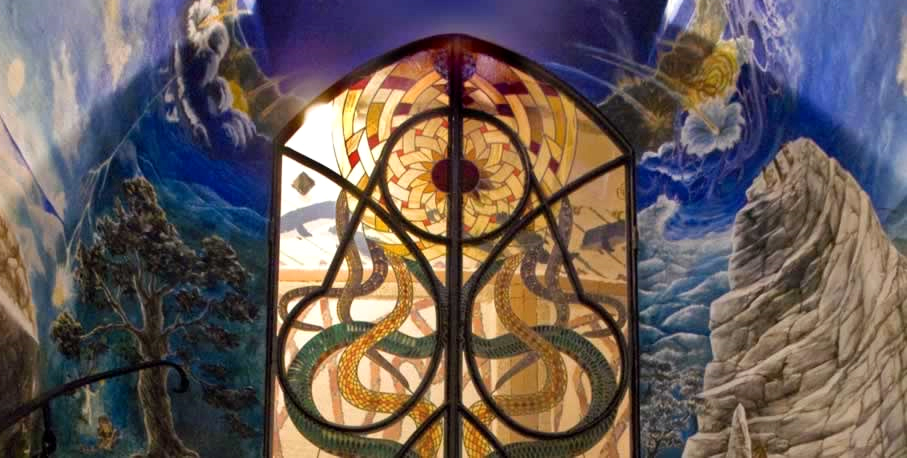 I have sometimes been asked why the title of my website is Spiritual Birth when birth is a physiological event in a material world that demands scientific facts and medical knowledge. And, like the labyrinth depicted in the image,

the answer is intricate. A short answer is taken  from the writings of  Ervin Lazlo: we need both dependable information and deep insight: the former from science, and the latter from spirituality. We can’t make it without either of them. But with both, we have a chance. What follows is my ‘long’ answer.

Science in the 21st century has come a long way from the Age of Enlightenment and the renaissance of the 17th century, but it was the philosophy and the curiosity of  men and women who lived before us that was to lead us to the scientific discoveries of our time. Perhaps the alchemists of old were the forerunners of modern science and thinkers such as Galileo, Copernicus, Darwin, Einstein, Bohm  heralded the ‘Age of Reason’. The Centre for the History of Physics reminds us that ‘Physicists have not yet found a single, elegant set of laws describing all the fundamental forces of nature’.

The Universe and its laws are still a mystery to us and while we as human beings  imagine our superiority in the chain of life on earth, we are in actual fact part of an infinite expanding conscious living universe. Human beings were created from pure particles of universal energy that exhibit intelligence, self-regulation and creative design. Before the brain is conceived, consciousness and memory exist. Universal design is not random and is present as conscious energy prior to the creation of the material world. Many people call this God.

The longing we have as human beings to search and connect with the primal source of all life, the desire we have to ‘know’ and to ‘be’ is what I call Spirituality. To be spiritually aware is to be conscious not superstitious, to be open to new ideas and weigh the information without being dogmatic. It is to seek both dependable information as well as deep insight.

Einstein said: “What I see in Nature is a magnificent structure that we can comprehend only very imperfectly, and that must fill a thinking person with a feeling of humility. This is a genuinely religious feeling that has nothing to do with mysticism.”

Common sense informs us that our bodies are comprised of flesh and blood covered by a wonderful protective surface we call the skin. Scientific inquiry has discovered the intricate anatomy and physiology of the human body and delved deeper into the cellular structures behind the curtain of flesh, into our DNA, our chromosomes, our genes. Beyond our genes we have gene expression, the dynamic that occurs when genes respond to their environmental influences. We humans are like the centre in the mandala pictured above.

We are part of  and respond to both our immediate and greater environments, and these experiences become memories held within our DNA, and of course inform the memory or data systems in our brains. Each and every event a human being experiences becomes a memory within an invisible cellular memory storage system of acquired knowledge, which  can be traced back to our early ancestry and is passed on to the next generation.

The very act of conception brings matter and energy together, calibrated by the level of consciousness attained by the participating couple. It is the highest form of co-creation between a man and a woman and has the potential to create a human being filled with love, compassion and higher intelligence, innovation and creativity. Increasing our level of scientific knowledge as well as embarking on a journey of deep insight when we conceive, carry and give birth to our offspring is the greatest task a human being will ever undertake.

2 thoughts on “Why Spiritual Birth?”