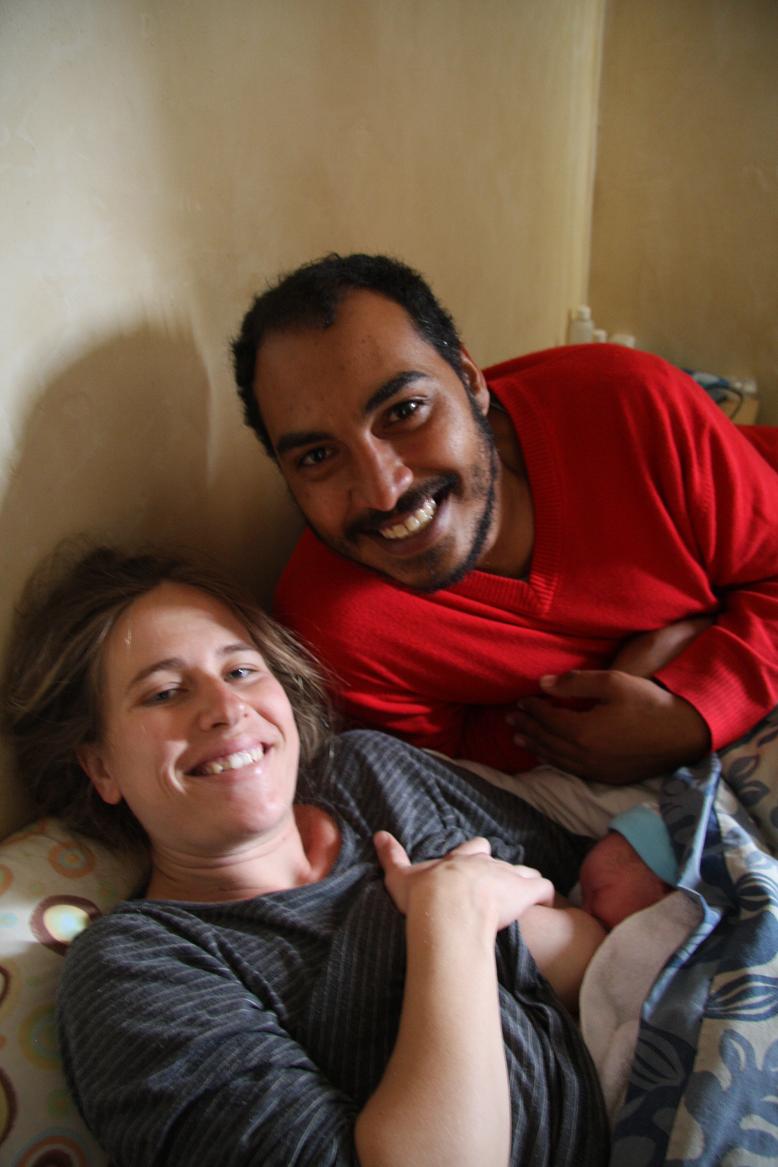 What is an undisturbed natural birth? Natural Birth is an involuntary physiological process that occurs when labour commences, progresses and culminates in the expulsion of a baby from a mother’s womb. I had the privilege recently of being present at this kind of birth on a smallholding one and a half hours drive away from Cape Town. The expansive countryside set the tone for

what was to come as I drove into the flat lands of the Western Cape with the spectacular sky as canopy.

Tamlin and Vaughan came to see me well before their pregnancy to prepare for conception. They felt it was really important to detoxify physically and work through their respective issues psychically. I listened and counselled as well as referring them to a colleague for additional support. Four months later, they called to say they were pregnant and delighted.

An Undisturbed Natural Birth occurs when there is no interference in the labour and birth process and no coercion of the mother giving birth. An undisturbed birth occurs when a mother surrenders to involuntary processes that open her feelings and senses and close off her mind. This allows her neurochemical and hormonal systems to take charge. Her pelvic muscles, ligaments and tendons soften, stretch and finally her womb, when it is fully open, is compelled to release her baby into the world.

The sequence of photographs shows the incredible simplicity of a natural and undisturbed birth of a much wanted baby welcomed by both parents. Both parents were well preparedand completely confident in their capacity to birth their baby together. Tamlin chose to lie on her side on the bed for the actual birth and Vaughan supported her head and body while she BREATHED her baby out spontaneously.

The midwife kept her hands off until support was needed to ensure the baby landed softly.

As the mother experiences a fetus-ejection-reflexand breathes the baby into the world, she is completely calm. Her baby rotates to face his mother as his body emerges from the womb. The perineum is intact, there is silence, no clanging of instruments, no strong smells, only muted daylight. There are no strangers in the room. It is as if the new baby has given birth to himself and this is his world.

This was a truly non-violentgentle birth to witness. Tamlin and Vaughan relied totally on their own hormones to conceive, carry and give birth to their baby, this potent cocktail of love hormones peaking after birth, facilitating bonding and recognition as the parents reached forward to touch their baby and welcome him into their lives.

Loki latched onto the breast within 20 minutes of the birth. Vaughan is on an emotional high while Tamlin’s hormones are peaking as she holds her baby in her arms and nurtures him. Loki’s first imprints are of love. He has been infused with love hormones from conception and this will stand him in good stead as he navigates the course of his life on earth. His sense of innate ‘rightness’ and ‘belonging’ will be the gifts he bears for humanity.

“One day the whole world will be peopled with extraordinary
people – healthy, good and intelligent – and it can be done
simply through the power that nature gave to women. Nature
has given women powers which at the present time they are
not exploiting at all or are exploiting poorly. They must
become aware of these powers, they must know that the future
of humanity depends on them.”
Omraam Mikhaël Aïvanhov