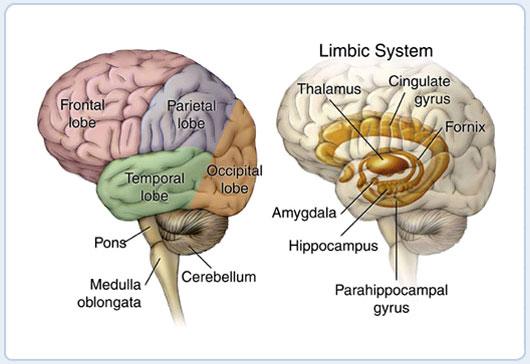 The process of conception and pregnancy is not only a physiological process, but primarily a psychological journey. The psychology of this journey into being for the unborn baby is dependent on the conscious awareness of the parents who create him, and in particular their conscious awareness of the baby in the womb. Preborn babies are predominantly ‘feeling beings’, that is, they operate to a large degree via the limbic system, the part of the brain that process and organizes feeling.

The limbic system is buried inside the cerebrum, directs feeling, emotions, stress perceptions and responses, and is composed of the hippocampus and amygdale, the cingulate gyrus and the hypothalamus. It is fully mapped by about the age of 20 mths. The emotions and feelings of the limbic system begin to develop before birth and their function continues to predominate until about three years of age.

Painful feelings and memories are stored here and traumas in early childhood will affect the feeling non-verbal limbic system. Trauma to this part of the brain can result from emotional and physical neglect, violent assault including verbal shouting and loud noises, and persistent ongoing increased stress. Early childhood abuse and neglect affects the size of the hippocampus, which plays a vital role in learning and memory.
ajp.psychiatryonline.org/cgi/content/full/159/12/2072

The amygdala processes emotions and feelings, and when it is fully functional, the amygdala helps an adult person to distinguish between feeling the emotions and acting out emotions and impulseshigh on others. The hypothalamus plays a critical role in the management of the pituitary and adrenal glands, which secrete the hormones and neurochemicals such as serotonin, dopamine, adrenaline, noradrenaline, that induce high or low feeling states of being.

Traumatic events in early life affect the size of the amygdale and the hippocampus and subsequently the capacity to evaluate and manage and organize emotions and feelings when they arise. For instance, women who have experienced early childhood neglect and/or abuse are more reactive to adult stressors and show symptoms of Post traumatic Stress Disorder (PTSD). ajp.psychiatryonline.org/cgi/content/full/160/5/924

What does this mean in practical everyday terms? It means that a woman who was exposed to neglect, abuse or emotional trauma in her early childhood will have poorer coping mechanisms when she has children herself. It means that such a woman is less likely to think calmly and clearly about her responses and more likely to feel overwhelmed when her baby screams incessantly, or when she has two or more small children under the age of 5yrs demanding her attention. It also means that when a pregnant woman is exposed to ongoing stress or a dramatic stressful event, the limbic system of her unborn child may be sensitized, and show changes, however minute, in its developing structure.

While the neuropsychiatrist Allan Schore integrates the data from attachment studies and neuro-science,   I postulate that attachment in humans commences from conception and that lack of attachment and consciousness of the embryonic presence of an unborn child in the mother may exert an environmental effect of the gene expression within the cellular structure of the developing embryo. http://www.allanschore.com/pdf/SchoreIMHJAttachment.pdf Surely this effect has an outcome, even a subtle outcome of a lack of realization of full human potential.

On the other hand, lets us imagine a conception that has been planned for two years prior to the act of love and pro-creation. Let us imagine that the mother and father have created a welcoming garden and a home with clean air, uncontaminated water and organic fresh nourishment for their future child. The mother takes good care of herself especially in the early months of the pregnancy and spends large amounts of peaceful time in nature, in her garden, meditating on her love for her husband and her as yet unborn child. She strokes, talks to and caresses her baby in the womb by singing, talking, and stroking her abdomen. The father spends time each day caring for his wife and touching and caressing his baby in the womb by touching the mother’s abdomen. They prepare for labour and birth together without fear and plan to give birth in their home with the help of a gentle birth midwife. the mother labours with joy rather than fear and pain, and welcomes her child with happiness and recognition of his beauty. What a wonderful way to imprint the limbic system with harmonious and loving patterns of feeling and lay a foundation for their child of right feeling and right action to come. A child whose limbic system has been stimulated to form patterns of positive feeling responses to life will grow into a human being who is empowered by his capacity to form and sustain relationships, to make co-operative and socially beneficial decisions and to act in ways that do no harm and are loving towards other human beings and the planet.

Perhaps what we understand to be normal is below par and our capacity to reach our greatest potential has been limited by early preborn, birth and infancy trauma to the centre of our being, our brain structures. The development of full human potential may well be what we understand to be ‘gifted’ in our present society and can be achieved by creating a matrix of conscious awareness and compassionate behaviour in which our unborn children can grow.