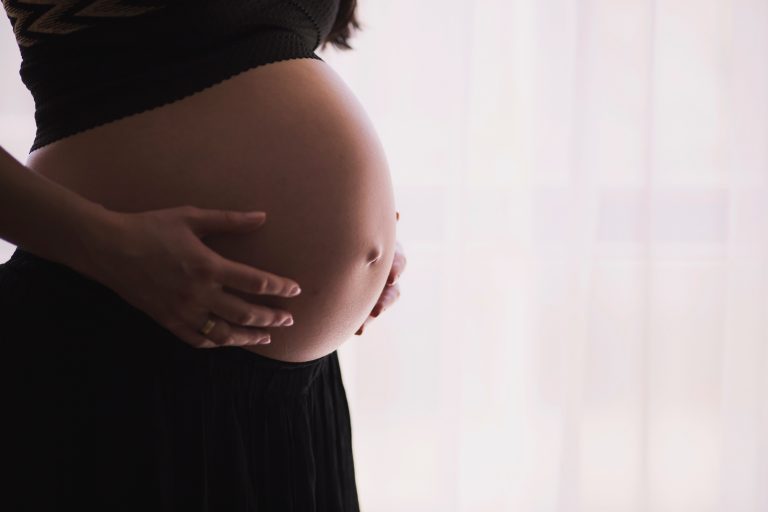 Dr Grantly Dick Read wrote about the fear of birth and how this rising anxiety towards the end of a pregnancy may inhibit a woman’s ability to go into labour and give birth spontaneously. He called it the fear-pain-tension cycle. His premise was that fear leads to pain and tension in the body, which can inhibit the progress of labour and giving birth.

Hypnobirthing is one answer to the ‘fear pain tension’ theory and has helped many women approach and go through labour and birth with more confidence. I once listened to an audiotape of Dr Dick Read accompanying a woman during her labour and birth. It was incredible, in that his voice, although so very British, was so calm and reassuring, (and even calming for me as an outsider). It didn’t seem to matter that the mother was on a hospital bed with bright lights glaring, on her back. The mother did not sound like she was in pain. She sounded calm and co-operative. It left an impression on me. (Afterwards, Dr Dick Read asked the mother if she felt any pain and she replied “No Doctor, was I supposed to? – which illustrates the power of trust and a calm presence!)

Towards the end of a pregnancy many modern women feel as if they should be doing something to trigger or stimulate their bodies to begin the labour process. After all, you think. “…now I am prepared, I know about contractions and the ‘show’ and the position of the baby, something should be happening right?….”  When there are no signs of labour-like pain in the abdomen or tightenings, women often feel as if their bodies are failing, or not doing something right. Through the internet, social media and instant communication such as ‘watsapp’, the privacy that childbirth requires is at risk.

Relatives, friends, work colleagues, midwives or doctors want to know: Has the baby ‘dropped’ yet? Are you in labour yet? Has anything happened yet? Are you feeling anything? When are you going to have this baby? The due date looms or hangs like a huge cloud and everyone suspects your body is not ‘playing the game’. You are being watched. Your cargo is public and precious. There must be something wrong with you? Perhaps you are anxious, nervous, afraid that you won’t pass this very important test conveying a sort of ‘right’ to motherhood? The socialisation of childbirth weighs heavily.

There is no doubt that Dr Grantly Dick Read was right, and that anxiety and fear lead to tension. When the early labour does begin, it may feel more painful and frightening than anticipated. The release of the cocktail of hormones needed to initiate labour may be suppressed by the release of stress and anxiety hormones, such as adrenalin and cortisol. If you put a cat on the back of a dairy cow, it will stop ejecting and producing milk! The early labour process will stop when a predatory animal walks close by!

Dr Michel Odent  suggests in his latest book, “The Future of Homo” that there is another reason why the preparation period before labour may be influenced by the social environment. He asks who will understand that ‘……before giving birth women need to live in peace and be protected against unnecessary intellectual stimulations?’

Women have access to books, online courses, online media stimulation, computer screens. All of which keep us stimulated intellectually and ‘in our heads’. Books and writing about pregnancy and birth have only been available to women in the last 100 years. Before this, the only records available about birth were those a midwife or diligent doctor may have kept. In other words for 15000 centuries women have been giving birth physiologically. The question is what will happen to humanity when physiological birth no longer occurs?

The father of the baby, may exert a strong influence on a pregnant woman. He may bring his fears to bear on her. Such was the case where the father and obstetrician together advised a woman to have a caesarian section to avoid ‘tearing’. ( actually happened!) This is an extreme example of how thinking too much can alter the way a woman gives birth. Biologically this idea that natural birth harms a woman, makes no sense. The pelvic floor muscles are designed to stretch and retract like elastic when the birth is physiological and undisturbed. When a physiological birth is happening, the body secretes hormones and juices that protect a woman’s body from harm(…. and heal her body should minor tearing occur).

In the last few weeks of a pregnancy, hormones such as relaxin and prolactin increase, softening ligaments and muscles around the body and pelvis, to prepare for the birth. These hormones may also render women with what is called a ‘preggy brain’. Forgetfulness seems to take over and thinking skills seem foggy. They are meant to.  A woman needs to go into her body, to be feeling safe, to nest and prepare her space for a new baby. Her world needs to transform from the world out there to the world in here.

Intellectual function is also stimulated by electrical lighting as well as daylight. Melatonin is the hormone produced after night falls and works in harmony with oxytocin, the hormone that increases tightenings of the uterus during labour and birth. So while an increase in the release of melatonin is needed to prepare for labour to begin, it is suppressed by bright lights, both in the home and the hospital.

In preparing for birth during the last few weeks of pregnancy, these are things to consider:

The most important point Dr Michel Odent raises about this period of preparation before spontaneous labour and birth, is that it may well be a critical period for brain development of the baby. As long as the placenta continues to function well after a ‘due date’ there is no need to rush to induce the labour process. An unborn baby is at this time particularly sensitive to movement – is this perhaps a time when the foundation  for spatial skills are at a sensitive time for development?

It may after all be critical for the baby to be in the womb and preparing for birth himself at this perinatal time. Preparation for birth is not only about antenatal education or care. It is also about connecting with the rhythms and seasons of nature. It is about protecting the physiology of pregnancy and birth for mother and baby.

1 thought on “Preparation for Birth”