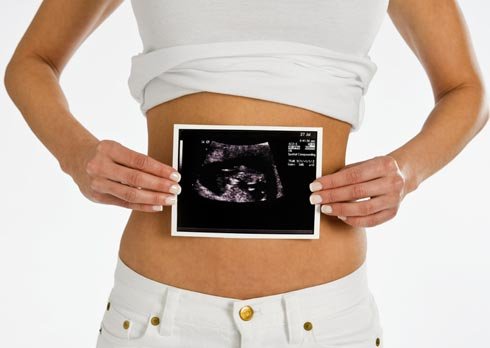 Jill Black, a young woman, suspects she is pregnant and is filled with hope. One of the first things she may want to do is confirm the pregnancy. What better way to do it in the first 5-8 weeks than by having an ultrasound, with a picture of the little bean into the bargain.

The Chinese Human Studies are real and legitimate. China has a one child per family legal policy. Abortion in China in early pregnancy is therefore acceptable, allowed, legal and ethical. This has made it possible to do randomised trials on women who will, at the end of the trial period, abort the babies. For the Chinese Human Studies, the growing embryos and fetuses (unborn babies) were exposed to varying frequencies and duration of ultrasound exposure, particularly in the first three months of pregnancy. After the babies were aborted, their tissues were examined and studied in the laboratory.

What they discovered is this:

Low intensities and brief exposures to diagnostic ultrasound in especially the early months of a pregnancy causes cellular, neurological and epigenetic damage to the unborn baby. Ultrasound causes harm to chorionic villi, to the chorionic tissue, to sensitive organs, the cornea of the eye, neurons, and DNA structures. The sheer volume of the Chinese Human Studies and the technical sophistication of their research methods provides strong evidence of cellular damage caused by ultrasonic waves. What they discovered is frightening.

You may be asking, “…but what about Western studies?” Well, critical studies have been done, mostly on animals, in the West. And, they have been largely ignored and repressed in favour of reassuring the public that diagnostic ultrasound equipment is safe for use in humans during pregnancy. The Federal and Drug Administration (FDA) approved the use of diagnostic ultrasound machines and raised the allowable intensity limit for diagnostic ultrasound machines in 1991. Women have flocked to the examination table motivated by the assurances of what an ultrasound can tell them about their babies’ health during pregnancy…for example does the baby have Downs Syndrome, is the baby a normal size and shape, is it a boy or a girl? Today 3D and 4D ultrasound pictures of our unborn babies have almost become an early measure of our success as mothers.

Diagnostic ultrasound during pregnancy is associated with chorioamnionitis (amniotic fluid infection), neonatal jaundice and childhood cancers (leukaemia, brain cancer). It affects the immune cells, which can lead to immune dysfunctions at birth and in childhood. Diagnostic ultrasound can make the baby vulnerable to vaccines that trigger autistic behaviour.

Professor Ruo Feng at the Insititute of Acoustics, Nanjing University, summarized recommendations for the use of diagnostic ultrasound in the year 2000. He said “We need to reiterate that in obstetric ultrasound, diagnostic techniques should carefully adhere to a cautious scientific attitude.

Specifically, abide by the following 5 points:

1. Ultrasound should only be used for specific medical indications.

2. Ultrasound, if used, should strictly adhere to the smallest dose principle, that is, the ultrasonic dose should be limited to using….the least intensity in as short a time as possible.

4. For the best early pregnancy (the first three months), avoid ultrasound. If unavoidable, minimize exposure to ultrasound. Even later in the pregnancy, during the 2nd or 3rd trimesters, limit ultrasound exposure to 3-5 minutes for sensitive areas such as the fetal brain, eyes, spinal cord, and heart.

5. For every physician engaged in clinical ultrasound training, their training should include information on the biological effects of ultrasound and diagnostic ultrasound dose safety knowledge.”

In other words, a routine ultrasound at each visit to the obstetrician is not recommended! 3D and 4D scans for ‘nice pictures’ are not recommended. Neither are scans for determining the sex of your baby. I normally suggest a 13 week scan if you are worried about Downs Syndrome, and or possibly a 22 week anomaly scan. Unless there are medically indicated reasons for another scan, no further scans are necessary.

Learn to be aware of your baby’s movements and learn to listen to your body for signs of ill health, so that you can seek help when you need it. Ask your obstetrician/midwife to palpate your abdomen with his hands and to measure the growth(with a tape measure) and position of the baby.

Hands, eyes and ears are good diagnostic tools and an observant doctor or midwife can provide vital information in a normal healthy pregnant woman. Diagnostic ultrasound needs to be used only when medically indicated and with extreme caution, particularly in the first trimester of pregnancy.

11 thoughts on “Ultrasound – Is it Safe During Pregnancy?”